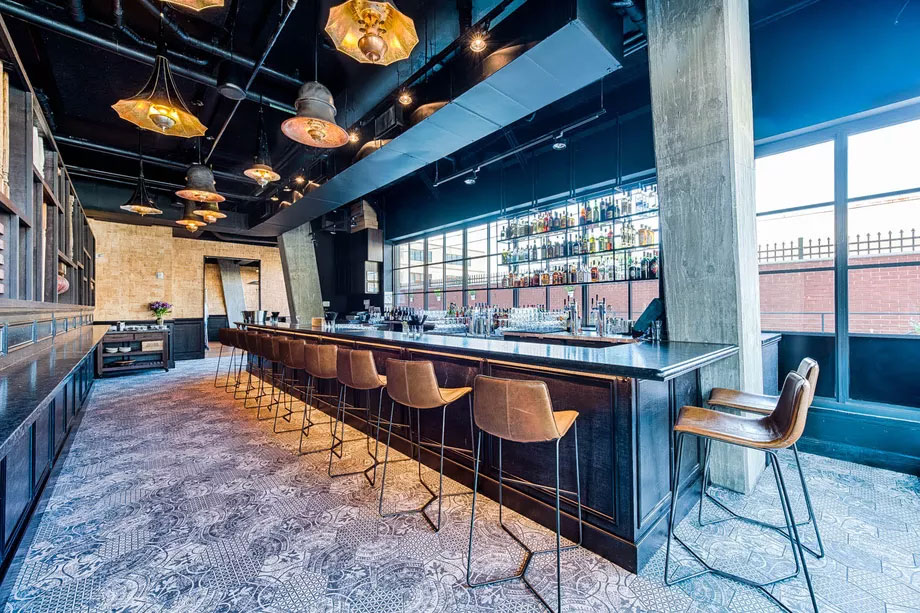 As per tradition, Eater asked a group of journalists, bloggers and friends of the site to weigh in on the year in food. First up, experts share their favorite restaurant newcomers during 2016.

Nevin Martell, freelance food writer and cookbook author: “Tail Up Goat comes out on top because their food, beverage and service are all executed with equal excellence and thoughtfulness. Close contenders for the gold include Metiér, Pineapple & Pearls, Hazel and the Backroom at Kingbird, which features a tasting menu packed with wow moments.”

Svetlana Legetic, founder, Brightest Young Things: “Much like in the past, it was a good year. But: Tail Up Goat, All Purpose, Espita, Hazel and the Daikaya team expansion were my personal favorites. Plus, for a more casual time, Justin Bittner’s bar menu at District Distilling is maybe the best in town (much like it was at Bar Pilar). And Buttercream bakeshop. Never forget the Buttercream Bakeshop.”

Ann Limpert, food critic and editor, Washingtonian: Pineapple and Pearls, of course, and Kinship, Tail Up Goat, All Purpose (yay for bucking the Neapolitan trend), and Bindaas. Plus, props to Smoked and Stacked for three of the best sandwiches I’ve eaten all year

Jessica Strelitz, freelance food writer: I eat out for lunch, a lot as dinners are tougher with two boys under four [years old]. I enjoyed Bantam King for chicken ramen and dumplings in DC, Boru Ramen for classic porky tonkatsu on Columbia Pike and vegetable ramen at Jinya in Mosaic. I clearly love noodles.

The bar at Ashlar also became an unexpected favorite. Maria Concepcion, who heads the bar program there, is kind, smart, creative and will gladly give you insight into the best small plates for what you’re drinking.

Another new spot I loved: Shouk in Mt. Vernon Triangle. I’m a carnivore, so I approached a vegan joint with skepticism, but I also don’t do dairy well so the cashew labneh was a revelation. It’s amazing and I want to buy it in bulk.

Dan Silverman, PoPville (i.e. the Prince of Petworth): I’ll restrict my answers to the pizza and pastrami front of which I’m most expert — All Purpose and Little Coco’s on the pizza front and On Rye and Smoked and Stacked on the pastrami front.

Stefanie Gans, food editor and critic, Northern Virginia Magazine: Two really tremendous meals I ate were in Marshall, which feels like 700 miles out west on 66. The first was eating dinner in a makeshift restaurant within a tiny butcher shop, called The Whole Ox’s Butcher Bar: great meats, obviously, but also one of the best soft-shells of the season. Another newcomer is Neal Wavra’s Field & Main, an homage to Virginia cuisine with a raging hearth in the kitchen. Get the whole fish.

Jody Fellows, Burger Days/Falls Church News-Press: I love the pop-up menagerie —- Alfie’s, Lucky Buns, Tchoup’s — Alex McCoy’s been putting out on Georgia Avenue in Park View. It just might have something to do with them all having fantastic burgers…

Tim Carman, The $20 Diner Columnist, The Washington Post: In no particular order and mostly off the top of my head: Pineapple and Pearls, Espita Mezcaleria, Beatesub Ethiopian, Little Viet Garden, All Purpose, Whaley’s, Bantam King and Federalist Pig. If you don’t see some of the obvious contenders on my list, it’s because I do most of my eating in the ‘burbs.

Maura Judkis, The Washington Post: I suspect many people’s lists are similar this year: Pineapple & Pearls (full disclosure: Haven’t been there yet!), Tail Up Goat, All-Purpose, Kinship, Kyirisan and Espita are strong contenders. I was also charmed by Bantam King, Haikan and Anxo.

Rebecca Cooper, reporter and columnist, The Washington Business Journal: I didn’t nearly get a chance to try them all, but I really liked Espita Mezcaleria and Smoked & Stacked in Shaw. Nasime in Old Town could also become a new favorite.

Anna Spiegel, food editor, Washingtonian: Everyone can spell Pineapple and Pearls backwards at this point because it’s mentioned so much. But there’s a reason: it’s friggin’ excellent—and worth every penny, which isn’t true for all the new tasting menus.

Another great newcomer is Conosci, which still feels like a sleeper hit. The restaurant is gorgeous, the crudo tastings are like nothing else in town, the staff is super friendly, and there’s a prix-fixe for $45. Go!