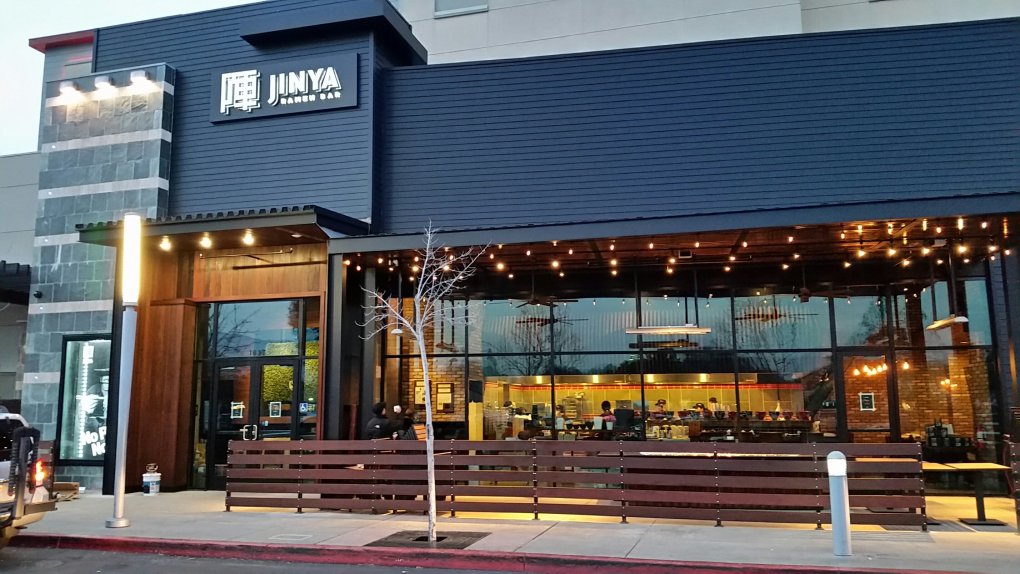 As one Yelper wisely observed, South Bay malls are stepping up their food game — especially where favorites from Asia are concerned.

Now Westfield Oakridge Center in San Jose has welcomed the ultra-popular Jinya Ramen Bar, conceived by Tomonari Takahashi, the son of a restaurateur who operated an izakaya in Japan. The younger Takahashi opened the first of his seven Tokyo restaurants, Sabakuro Ebisu, in 2000 and his first Jinya Ramen Bar in the United States in 2010.

As a writer for LA Weekly noted: “When the first Ramen Jinya opened in L.A., in a strip mall in Studio City, Angelenos went a little nuts, happy to have superior tonkotsu ramen available — without having to drive to Gardena.”

All of the ramen broths are simmered for 10 hours, according to San Jose General Manager Tracy Tran, and the noodles are aged in-house for three days.

Other top sellers include Spicy Chicken Ramen; Spicy Creamy Vegan Ramen; Brussels Sprouts Tempura with white truffle oil; and Cha Cha Cha, a pork-fish broth ramen with thick noodles that comes with fresh garlic and a garlic press so you can add as little or as much as you like.

Jinya is open for lunch and dinner daily, 11 a.m. to 10 p.m. The sleek, contemporary restaurant, with an exterior entrance on the theater side of the mall facing Blossom Hill Road, offers inside tables and bar seating as well as outdoor fireplace seating. The space was formerly home to Sushi Boat. Reservations aren’t accepted.