Washingtonian: JINYA Is Opening a Huge Ramen Restaurant on 14th Street Next Week 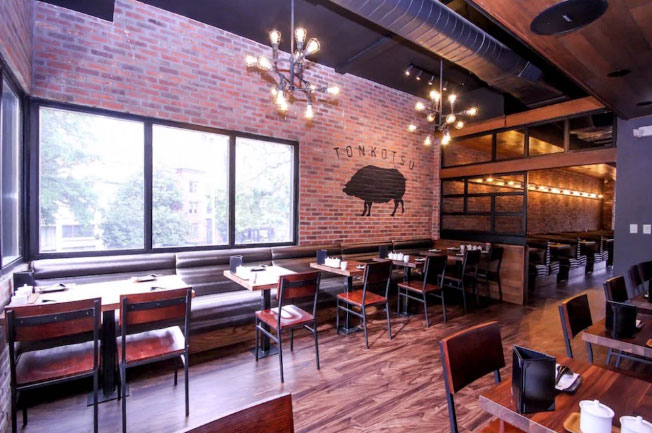 Jinya Ramen Bar , The Los Angeles-Based Franchise Known For Its Japanese Noodle Soups, Is Opening A Massive Location On 14Th Street Next Monday-The First In DC Following An East Coast Flagship In Fairfax’s Mosaic District , Which Debuted Last Year. A Menu Far more extensive than what a ramen shop might call to mind: 13 signature bowls featuring four different kinds of broths and noodles, plus over 20 toppings for customizing. Beyond ramen, there’s Japanese small plates like pork buns and tempura Brussels sprouts, entrees such as Japanese
Jinya’s broths, simmered for 10-plus hours with whole chicken and pork bones and varying amounts of curtain and poke bowls, and a selection of Asian desserts. Shio (Salt), Shoyu Hoang Nguyen Explains The Cooking Process: “After Simmering The Whole Chicken, We Crush The (Soy), And Herbs The Rich Pork. Tonkotsu Is The Restaurant ‘S Specialty – Hence That Pig Design On The Wall – The Chicken Broth Holds Its Own General Manager. “It’s so much creamy, thick texture and rich flavor that different from what you might expect.

Jinya’s noodles are not typical, they come in four varieties: thin, medium, extra-thick, and spinach (all made with wheat). Signature ramen dishes come prepared with the noodle variety that matches the flavor and consistency of robust, garlicky pork soup of “Cha Cha Cha” ramen is served with extra-thick noodles, as is the spicy cauliflower-based broth of the creamy vegan. But in the end, it’s almost all customizable, from Type Of Noodles To The Toppings, Which Range From Poached Eggs To Fried Onions And Bok Choy.

Pairing Those Dishes With Wines, Beers, Cocktails, And Sake Is The Job Of Bar Manager And Sommelier William Johnson , Who Joins The Jinya Team From Fiola Mare Nguyen Hopes That People Will Feel Just As It Is Inclined To Stop By Lycheetini And A Snack As They Might Be A Sit Down Meal.

The Space Seats 120 Diners, And Boasts A Downstairs And Upstairs Bar, Which Opens To A Small Outdoor Nguyen Hopes Like Elements Like Jinya’S Inviting Design And Extensive Bar Menu Will Combat The Stigma Of “franchise with over 25 locations nationwide and in Canada.