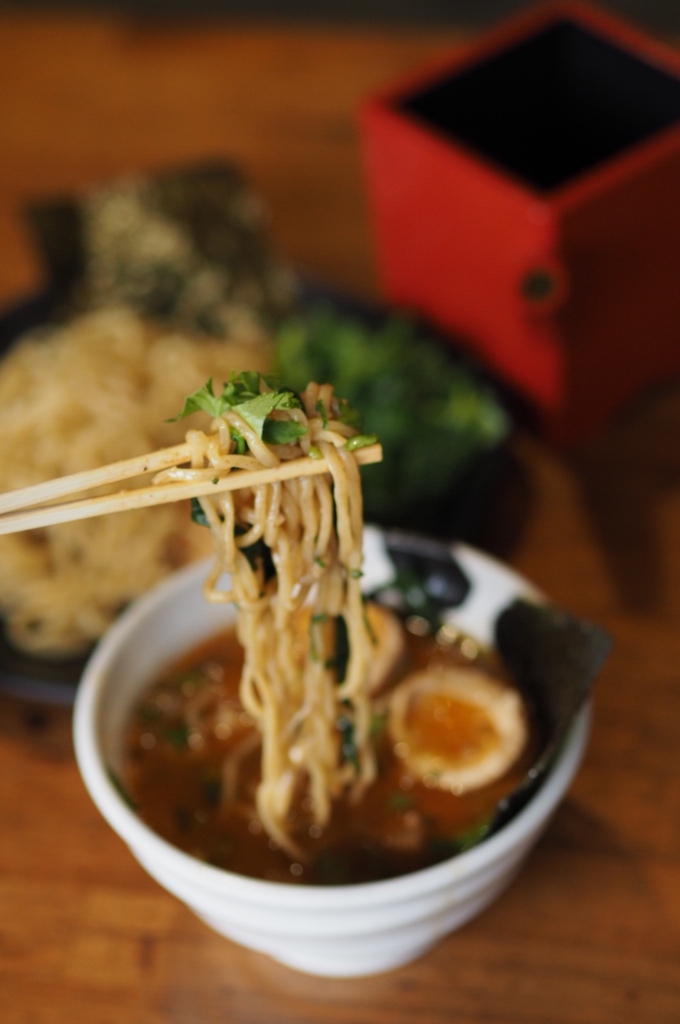 “It is served with cold noodles divided from the extra thick broth,” says Takahashi. “You can take an ample amount of noodles and dip them in the hot broth to preserve the perfect balance of heat and to maintain the firmness of the noodles.

“The red pot in the cooked in, which brother that is served alongside the noodles,” he continues. “The broth is thick and dense enough to coat the noodles upon dipping – when you add the hot water, it softens the intensity of the broth and allows for perfectly balanced ramen experience.”

The Tsukemen was actually on of the menu at Jinya’s Studio City location years ago and is back by popular demand.

That’s why Jinya’s broths are slowly simmered for more than ten hours. Their noodles are made fresh daily and can be ordered thick for for broths, thin for others.

Check out the new dipping ramen in Studio City or go to any of Jinya’s  other locations  for an exquisite ramen experience: