Eater Washington DC: JINYA is scheduled to open in Rockville 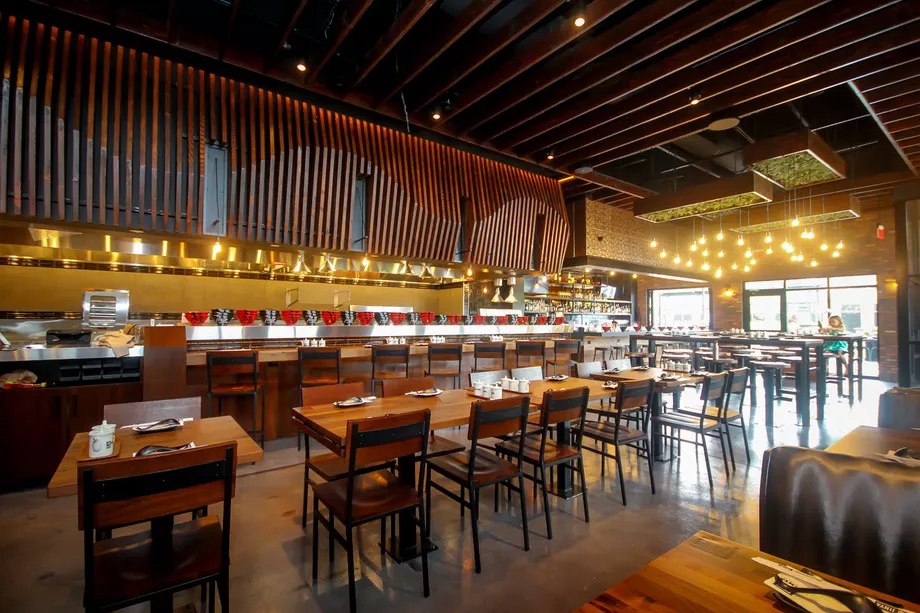 Jinya Ramen Bar is about to unveil its third area location in two years, this time in Rockville’s Pike & Rose.

The 74-seat modern restaurant will house a sleek Suntory Toki machine, used to whip up whiskey highballs. Only a handful of Jinya’s 30-some locations across the country currently carry the pricey equipment behind the bar.

An opening is scheduled for Tuesday, August 7 at 11 a.m. (910 Prose Street, North Bethesda, Md.), with the first 100 guests in the door handed a free bowl of ramen. A portion of the proceeds from opening day will go towards local food bank Manna Food Center.

The LA-based international enterprise specializes in Tonkotsu ramen, a pork-based production that’s slow simmered for over 10 hours and then finished with up to 25 toppings.

The setup also features a 10-seat bar and an 18-seat outdoor patio centered around a fire pit. Jinya entered the D.C. dining scene in 2016 with a flagship store in Fairfax’s Mosaic District, followed by an outpost in Logan Circle last summer.

The forthcoming Jinya, located in a neighborhood of Rockville sometimes called North Bethesda, is projected to initially operate for daily lunch and dinner service (Sunday to Thursday from 11 a.m. to 10 p.m. and Friday and Saturday from 11 a.m. to 11 p.m.). Happy hour will run daily from 4 p.m. to 7 p.m.