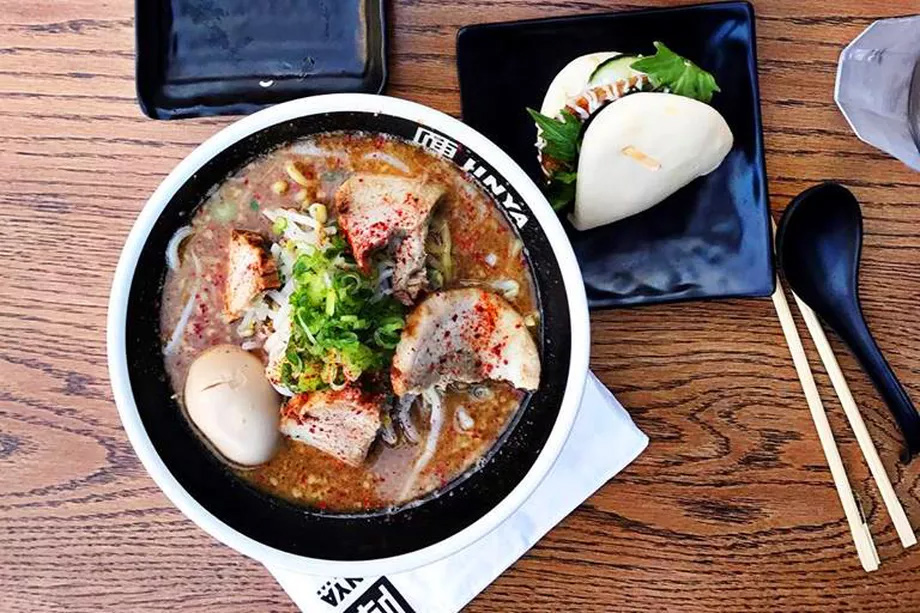 A westside favorite for the past four years and currently constructing a second location in the southwest, Jinya Ramen Bar has revealed it is now headed to Boca Park.

First reported by CREConfidential, Jinya’s thick noodles and slow-simmered, tonkotsu-style stock will replace the shuttered American Apparel store, next door to a Panera Bread. The location assures Jinya of a virtual monopoly in the neighborhood for quailty ramen dishes.

Taking over 3,000 square feet, the space is larger than its soon-to-debut 2,400-square-foot restaurant at 7240 S. Rainbow Blvd. at the Rainsprings Plaza retail center. The southwest expansion will sit close to Panera Bread and a Starbucks. An estimated opening date has yet to be announced.

Created in Tokyo in 2000, since 2010 Jinya has grown to a nationwide and Canadian chain. Also on the menu, steamed buns, curry rice, pork gyoza, crispy chicken, mini tacos, and over a dozen ramen choices.