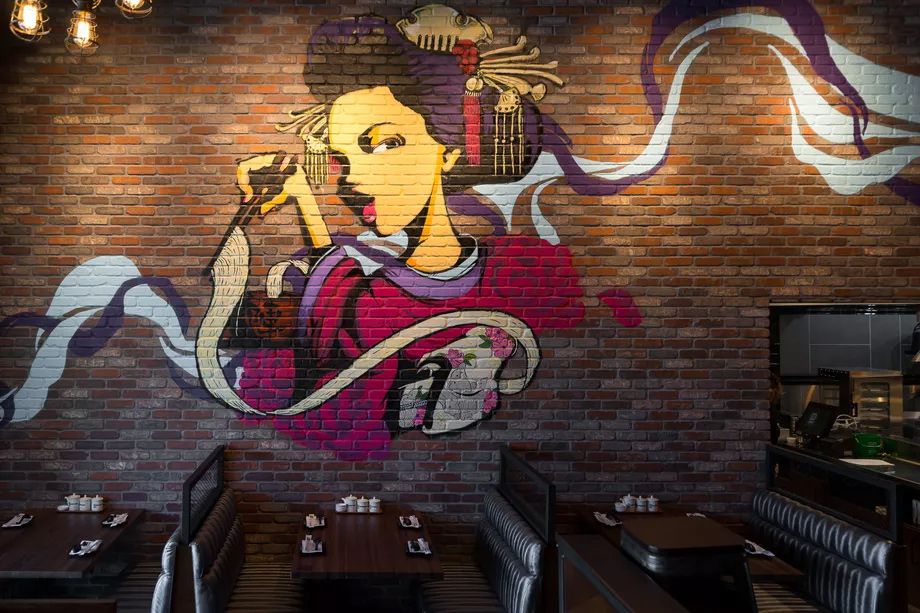 Jinya Ramen Bar is just about ready to open its southwest location at the Rainsprings Plaza. On Nov. 5, the restaurant takes over the 2,400-square-foot corner spot at 7240 S. Rainbow Blvd., joining a Starbucks and the only Panera Bread in Las Vegas equipped with a drive-thru.

Jinya originally debuted in Las Vegas on Flamingo Road in 2014 with a roster of ramen dishes upgraded with a slow simmered, tonkotsu-style stoc,k and a long list of customizable toppings, plus choices from a full menu including a crispy kale lollipop, Brussels sprouts tempura, rice bowls, mini tacos, and the popular crispy chicken.

A third local expansion is confirmed for Boca Park, replacing a shuttered American Apparel store and coincidentally, placed next door to another Panera Bread outpost.

The ramen broth at Jinya is simmered for more than 10 hours, using only Fuji water as its base. Diners can choose from 25 toppings, including pork chashu, mushrooms, kikurage, and soft-boiled eggs.

The Japanese tapas section of the menu includes a spicy and creamy shrimp tempura, pork gyoza, and salmon cilantro sashimi, as well as rice bowls and curries such as a beef sukiyaki bowl and Tokyo curry rice.

Tokyo restaurateur Tomonori Takahashi opened Jinya Ramen Bar in Studio City, California, in 2010. The name “Jinya” refers to the historical estate of the samurai and community meeting point. So far, the brand 29 locations throughout the United States and Canada.