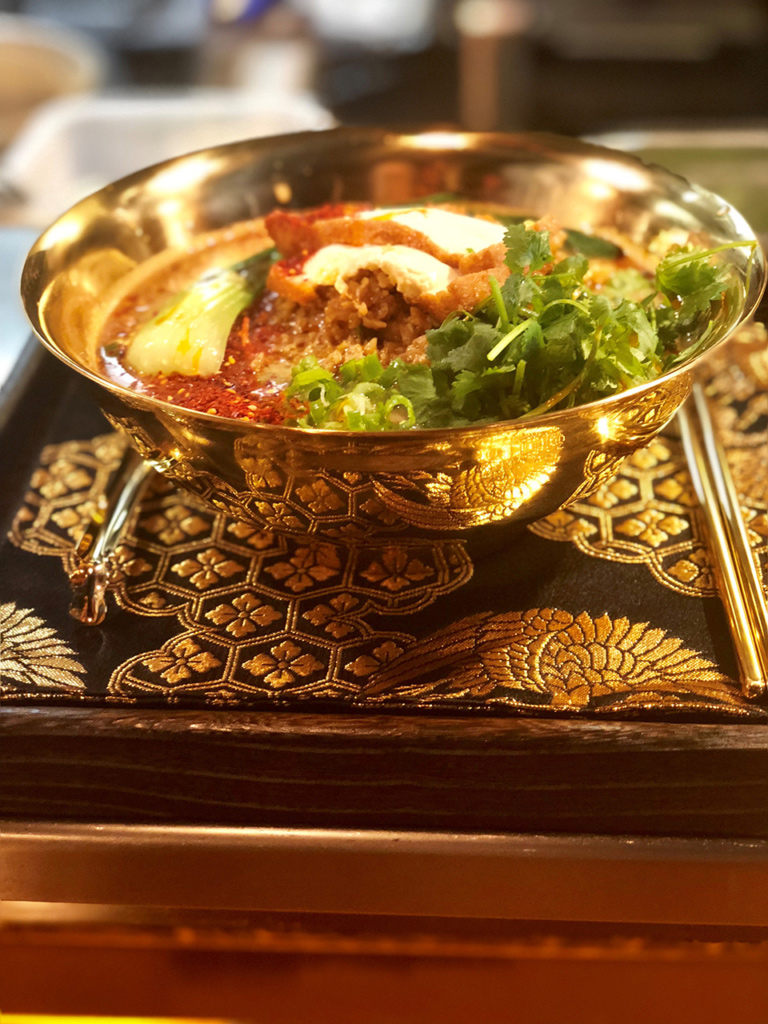 Ramen lovers have a chance to slurp the hearty noodle soup for free for a full year with Jinya Ramen Bar’s upcoming Golden Bowl Sweepstakes.

Jinya founder and CEO, Tokyo restaurateur Tomonori Takahashi, will be making a stop in Vancouver on December 5, when he’ll visit one of the chain’s three Metro Vancouver locations. A random diner will receive their order in a golden bowl. With it comes a $50 gift certificate on the spot and the chance to win free ramen for 12 months.

The company designed the contest as a nod to the traditional gift given to samurais returning victorious from battle. According to Japanese lore, the warrior would be presented with a golden bowl as a symbol of the community’s gratitude for his bravery and sacrifice. (Jinya takes its name from a samurai soldier who had strong community ties and owned a small property.)

Takahashi is travelling around the country with a gold-plated bowl, soup spoon, and chopsticks in hand, presenting the Golden Bowl at random until March 2019. Then, a draw will take place for the grand prize.

The first Jinya opened in Tokyo in 2000. Since it launched in North America in 2010 in Studio City, California, the company has gone on to open more than 25 locations throughout the United States and Canada, with more franchises to come.