The Mercury News: An inside peek at Pleasanton’s Pacific Pearl restaurants and eateries 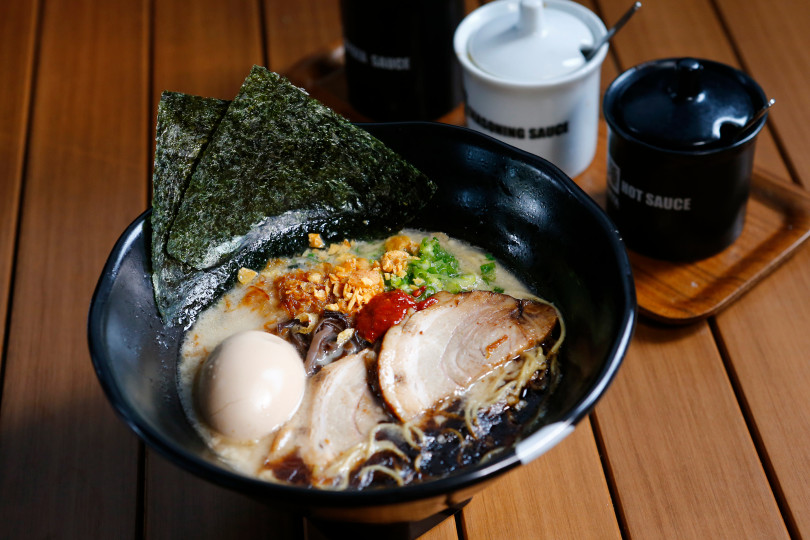 Pleasanton’s Pacific Pearl is a suburban shopping center, a foodie mecca and — depending on who you are and where you’re from — either a convenient one-stop shop for groceries and familiar restaurant fare, or an exotic cultural extravaganza with enough variety to keep you coming back to learn, explore and devour.

The 11-acre Pacific Pearl is making a serious push as a destination for Asian cuisine, from novelty desserts to delicious ramen, seafood, Korean barbecue, Vietnamese fare and plenty more. There are about a dozen eateries so far, and more set to open in the coming weeks.

Pulling into the large parking lot at one end of the U-shaped line-up of buildings, we plotted a simple exploration strategy – walk counter-clockwise and eat whatever caught our attention. We had 112,000 square feet of possibilities. And geographically, dessert was up first.

Jinya Ramen Bar, the Tokyo-based ramen shop which opened its first Bay Area outpost last year in San Jose, has opened its second here, offering pork, chicken or veggie broth simmered for 10 hours to achieve its depth of flavors. If you’re under the weather, think of it as a supercharged chicken noodle soup.

We don’t give medical advice, but a big bowl of ramen and broth with some chile oil and you just have to feel good after slurping that down. Grab the chopsticks and spoon and have at it.